Making a Difference Through Engineering: One Student’s Dream Come True

Arizona State University (ASU) graduate Kayla Richardson earned a degree in Electrical Engineering with a focus on Power and Energy. Richardson was attending Chandler-Gilbert Community College where she met her mentor, a professor in the Engineering Department, who encouraged her to go into civil engineering because of her interest in helping the environment, and to consider going to ASU after receiving her associate’s degree. “So, that was the plan,” Richardson said. “But life had other ideas.”

That same year, Richardson’s husband, who is in the military, received word that he was being stationed in Okinawa, Japan. Richardson had to make a decision: stay in the US and take in-person classes, or pursue her studies online. She said, “ASU offered electrical engineering online, but not civil. I made the switch because I realized I could still focus on my interests in solar and wind energy.” She added, “It may seem like I’ve been following whatever path has been put in front of me, and in a way I have, but it all worked out and I’m so grateful…”

Richardson credits her mentors for helping her find the right path and hopes to do the same for others. “I wouldn’t have gotten into engineering if it weren’t for their encouragement and letting me know that I was actually good at something,” she said. “I think it’s good for kids to know where their talents lie, and that learning can be fun.”

Richardson volunteered through the National Society of Black Engineers (NSBE) to teach at an online engineering summer camp for third to fifth graders. “The purpose…was to let the students know how engineering related to these cool toys they would be building and playing with that included some drones, an M-bot and something called a micro:bit for programming,” she explained. “One of my student’s grandmothers actually stayed on after the last class to tell me she had never seen her granddaughter open up so much. It actually made me cry and was a reminder of how impactful this kind of work can be.”

Her community service initiatives and engineering prowess helped Richardson become a twice recognized Power & Energy Society (PES) Scholarship Plus Initiative recipient. “Through the scholarship and my subsequent PES membership, I have access to a lot of resources that I didn’t have before. I’m looking forward to being able to tap into these resources even more as I enter my career and settle into my new position,” she said. Richardson is excited to begin her career at Liberty Utilities where she will be working on water purification and various wastewater projects. 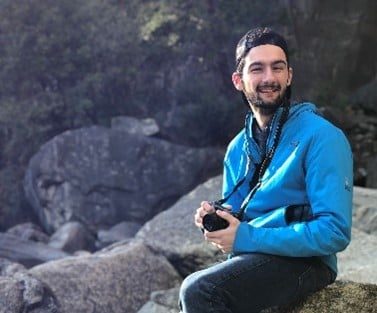